Klett "Colour Land 4" - From the heart, through your fingers into the video conference?

FROM THE EXCHANGE OF IDEAS

It is really exciting to exchange ideas with someone. As a vocal coach and songwriter, I know how intimate it can be. Even when you sit in front of each other. Even after so many years, showing a new draft song in the studio or playing it to my girlfriend myself still makes me sweat briefly. Even with around 150 songs that I've released. And that's no wonder: after all, thoughts and feelings come from within ourselves. If you know the people with whom you share ideas, or even send a “perfectly crafted demo” to strangers, that's one more thing ... But to send a new editorial team, which also acts as a mediator between the authoring teams and the rurtonproducing-team, to send very fresh and bare drafts, that's really something special. And so it had to this time! Because there came COVID-19...

You have to imagine it this way: At the time of the first layout, there is no key, tempo, arrangement, or the final voice (since we also like to offer children's voices in school books). That means our client hears my voice and an acoustic guitar first. We work this way because experience has shown that the first ideas can often be overturned. Or that, for example, corrections of the text or the pronunciation can come. So it makes no sense to arrange something completely, to send two children to the studio to sing in ... So we send the first acoustic guitar demo.

The requirement profile of the readaction and authoring team is at the same time so complex, exciting and songwriting restricted, which may lead to a lot of discrepancies in the head:

“100 cookies hidden in a tin
Tommy takes ten 90 are still in ”
(can you guess how many verses this song has?)

These are just a few of the factors. At this point I will spare you the panicked lecture about the worries of a songwriter about compositional aesthetics. That just has to give way to pragmatism.

AND OF COURSE IT'S ABSOLUTELY LOGICAL

I do not want to say here that not all of this is justified. A very clear case: we are service providers, we advise, we don't make decisions. And I absolutely understand the levels of our client. The educational is more important! But we could also come to even better or bolder results. Maybe Corona prevented that, maybe it is in the nature of things. It's rattling again inside me: What can I do? Meet all the authors? Take your guitar with you? More exchange? Less options? Just finish and calculate the third draft of each song? But where does that end with a job with 12 songs ?!

I've stood in front of students for a few years myself. And I understand how short-lived such a moment is. There is no time for excessive intros. And not all of the songs are used by all teachers. So it makes no sense to use a common thread and the most unusual harmonic structures. Something like that only works with self-contained concepts like “Owl finds the beat”, which I think is great in every respect and above all is thought through to the end. Every song is a new day. And so I mostly stick to the situational (city, Halloween, fairy tale forest, zoo) and the sound worlds and try to integrate them as far as possible into understandable pop songs.

And it also seems to work: teachers even write to us to give us their positive feedback and to receive the scores for the songs :-) Which we are of course incredibly happy! Because you are at the front and you know how things are going.

Speaking of rabbits: By the way, we don't make it that easy, we at least try to get everything into the sound and the metric and harmonic customs of the modern era. One might argue about whether we would have to rap more then ;-)

But you know: we stand for handmade music, arrangements with classic pop band instruments. And we want to stay true to that for the time being. After all, none of us can rap or screw crazy beats (beatz?).

If you want to listen in, just jump to our site and scroll down to the player!

WHAT IS THE DISCREPANCE NOW?

Due to the process of several layout levels and our ingenious feedback rounds with the editorial team, we cannot do one thing above all:

Map creative processes. And that is a - so far always solved, but a huge - small problem in the mind of a creative person: I keep wondering what great songs, unusual and courageous ideas could have been developed together if one had not had the communicative difficulties. As always, the motto is: learn from each other and develop ideas further.

AND FOR IDEAS, YOU ALSO HAVE TO FIGHT

It is not self-explanatory that with a “Move your body” song you should go so blatantly towards “Bruno Mars” in order to make it easy for the children to feel and to be able to achieve a lot more if it is for them “ a hit ”(and picks you up in your preferred musical context) when, on the other hand, an adult writer has a Latin 70s arrangement with a speaker about it in mind ... Now which is better? I do not know that! But I know one thing, also from my time at school, when I showed Cory Wong live videos with brass section and backing singers to 5th grade: They were so enthusiastic about “LIVE music” that they became more and more wanted from it.

Check it! Incidentally, a great video with a lot to discover!

And that's why I personally believe: 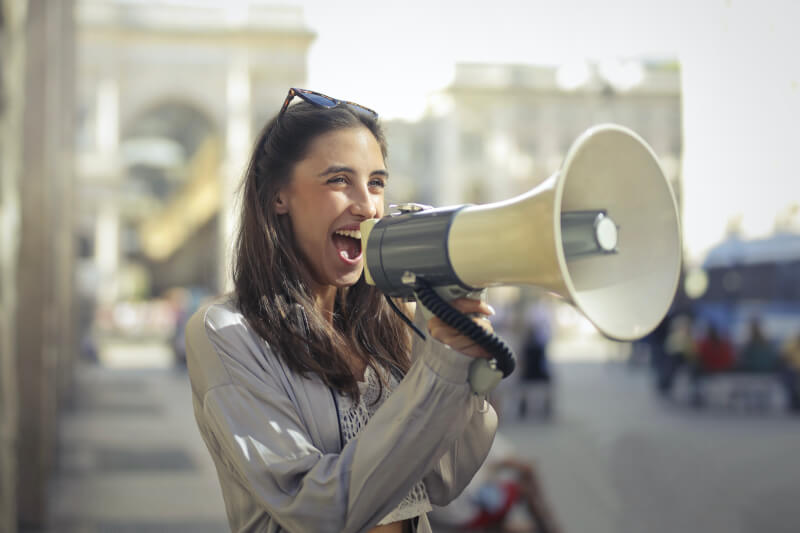 10 things that should not be missing in any studio - none of them have to do with music!